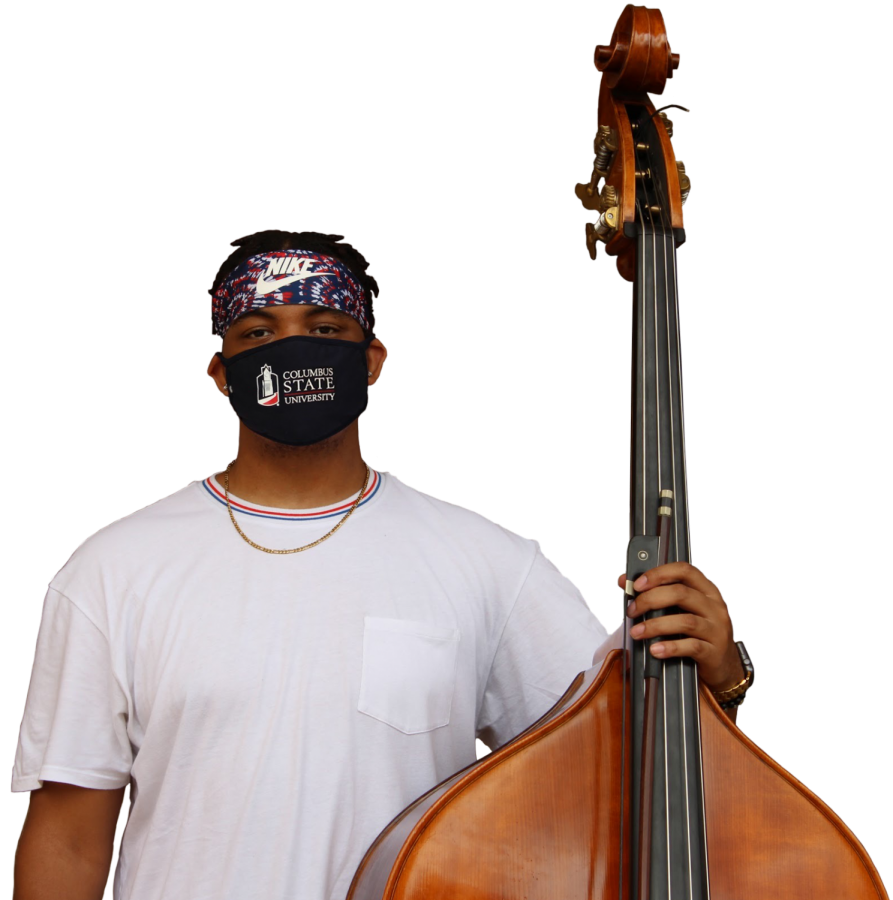 In response to a summer characterized by high racial tensions, two Schwob School of Music students, Christian Harvey and Jordan Johnson, decided to take action by creating a Black student union at their school. According to CSU Involve, their new organization, The Black Schwob Society, aims to “highlight and educate on the experiences, concerns, and diverse cultures of Black students, specifically in the music department of Columbus State University.”

Harvey, now a junior pursuing a Bachelors of Music in Bass Performance, came to Columbus State University for his first semester in 2018. He recalls, “When I first got to school here, I noticed that the Black students took part in a lot of code-switching; groups of Black students would use slang amongst friends but might feel pressure to speak grammatically ‘correct’ among their professors.”

The pressure for minority students to change the way they spoke or acted around different members of the schools’ community revealed to Harvey that there was a need for a place where students, especially those of color, could go to feel “welcome and empowered.”

Johnson, now a junior pursuing a Bachelors of Music in Trombone Performance, felt similarly about the cultural issues at Schwob that Harvey began noticing at the start of his education. He figured that if they related to each others’ experiences as Black students at Schwob so much, they must not be alone. So, he and Harvey paired up to co-found the Black Schwob Society.

The pair approached Schwob’s professor of choral activities, Dr. Ianthe Marini, to request that she lead them as the organization’s faculty advisor. Marini says that their request was “perhaps the greatest honor that I’ve ever felt.”

In the beginning of the fall semester of 2020, the Black Schwob Society formed into an official organization. Marini says that the response from the faculty of Schwob was 100% supportive in the creation of the organization.

Despite the various challenges that came from the pandemic, the organization reports that it was successful in its first semester. The organization’s faculty advisor even recalls that the pandemic may have opened a few doors for the group in their first year.

She says, “Having our meetings on Zoom has allowed us to hear from nationally renowned speakers from all over the country.” Among these speakers were Metropolitan Opera artist Kimberli Render, the renowned choral composer Dr. Rosephanye Powell, and South Carolina Maestro Kellen Gray.

Vice President Christian Harvey says that the organization’s “Bringing Schwob to the Streets” event, which took place on Oct. 2, 2020, was the most successful event of their first semester. The event aimed to bring the music of Schwob out into the streets of downtown Columbus. Various tents were set up all along Broadway, each containing a small ensemble performing vastly different genres of music. The participating ensembles included everything from string quartets performing Beethoven to brass quintets performing Stevie Wonder. The free music invited many pedestrians to give tips to the organization. At the end of the night the tips from each small ensemble totalled over $300 to go directly to the Black Schwob Society.

Harvey says, “The event gave musicians the opportunity to make music with one another during times of social distancing and COVID-19 precautions.” He notably reports that the behind the scenes logistics of the event “was like clockwork.” Working in collaboration with Uptown Columbus, the event was held with seamless planning and organization.

Likely because of its popularity, the organization planned a second “Bringing Schwob to the Streets” event just four Fridays later, on Oct. 30, 2020. The event held similar results to the first.

The group hopes to continue engaging with the community as pandemic restrictions lighten up in the coming months. Among their more ambitious goals, the group plans to commission works from Black composers, increase diversity in the community of classical music through the empowerment of their peers, and even offer free music lessons to local high school students. Most importantly, however, the organization hopes to educate as many people as they can.

The Black Schwob Society’s community relations coordinator Abriahna Fambro says, “Issues that affect the Black community are not just our issues, they’re everyone’s issues.” She goes on to say, “So many people say that we need to have hard conversations about race… BSS is the place to have those conversations.”  This is why, she explains, the Black Schwob Society is “a place for everyone -–literally everyone.”

Co-founders Jordan Johnson and Christian Harvey were once the self-proclaimed “Black Schwob society” for being diner-time regulars at Country’s Barbeque on Broadway. What started as a small group of friends is now a prominent, organized group in the Schwob community. Fambro says that Johnson and Harvey really “took the reigns” in forming the organization, and Marini says that “the initiative between the two is so inspiring.”

Under the leadership of the two, there now exists a place for students of all creeds and colors to feel welcomed and empowered. The group hopes to eliminate feelings of isolation among African American students, and hopes to continue advocating for and educating on Black culture and artistry.