Summer 2020: A Review of The Black Lives Matter’s Movement

The summer of 2020 was both a time of hardship and unity, as BLM protestors advocated against police brutality and racism towards minorities. 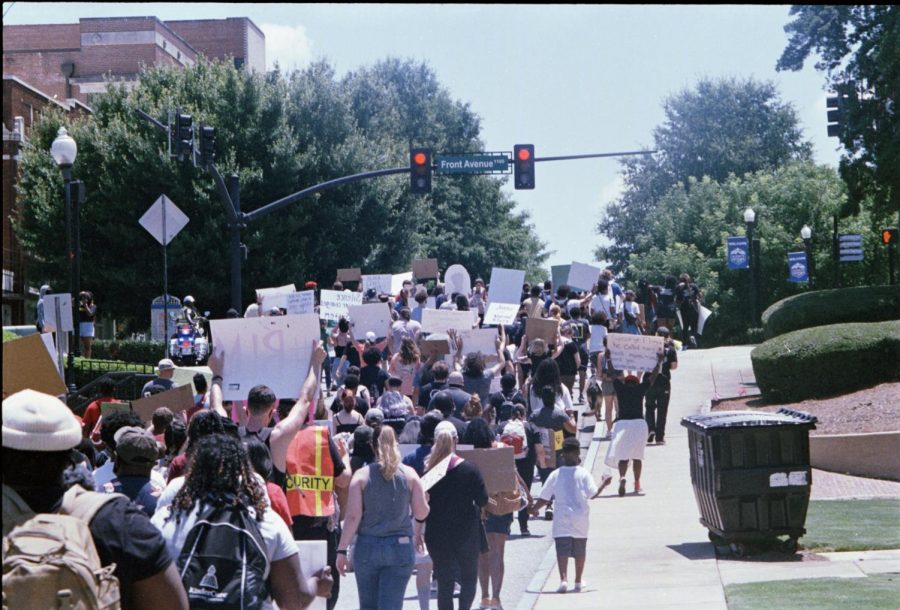 The summer of 2020 was a time of unity and advocacy as activists protested police brutality against racial minority groups. Black Lives Matter protestors organized several demonstrations beginning at the end of May 2020 and continuing into the new year.

What is the Black Lives Matter Movement?

The Black Lives Matter movement is a social movement that challenges racism against minorities and anti-black violence in regards to police brutality.

Police brutality is defined as the unnecessary or excessive use of force by law enforcement. One of the goals of the BLM movement is to advocate against the over-policing of minority neighborhoods, and also to reform the current police training methods.

BLM activists have organized influential large-scale protests in several states as well as internationally since 2013.

The Beginning of the 2020 Protests

The BLM protest of summer 2020 began after numerous cases of police brutality involving the deaths of several minorities including, Breonna Taylor, Ahmaud Arbery, and George Floyd.

After video footage of Floyd’s death at the hands of police officers was shared across social media on May 25, 2020, protests began in Minneapolis during which protestors advocated for defunding the police.

The initial protest led to several demonstrations standing in support of the movement across all 50 states.

The Spread of the Movement

As the protests began picking up momentum in the United States, supporters from all over the world started offering their support to the social movement.

Soon after the news broke of Floyd’s death, many other countries joined the movement including Madrid, Nigeria, and many more.

Thousands of protestors in the United Kingdom took to the streets and took a knee in support of the BLM movement and anti-racism.

Columbus residents also held peaceful protests of their own. Beginning May 31, 2020, and continuing into mid-June, protestors met holding signs that read “I can’t breathe,” referencing the death of Floyd.

The first march began at the River Center and continued onto 13th street, during which protestors chanted “No justice, no peace,” as they expressed their anger at racial-based violence at the hands of law enforcement. The event lasted around two hours.

The protest did not remain entirely non-confrontational, as police began arresting demonstrators for failure to disperse after the march had officially ended at 2 p.m. However, the protest remained non-violent and no injuries were reported.

Two more demonstrations were organized, with one taking place in Midtown and another one beginning at the government building. The second demonstration took place on June 6, consisting of about 300 participants in total. Mayor Henderson and Chief of Police Robert Boren spoke during the protest in a show of solidarity. No arrests were made.

The third protest and final protest took place on June 13. This demonstration was peaceful and remained non-confrontational.

A Step Towards Change

Protests have initiated changes across the country. Several city councils have announced their intention to defund and reform police institutions in favor of investing in the community.

Several universities and institutions have called for the removal of Confederate statues and symbols from school grounds. Confederate monuments that have been removed in Georgia include a statue of General Joseph E. Johnston in Dalton and an obelisk in Decatur.

Columbus State University has also seen changes as a result of the BLM protests. In the fall semester, the theatre department opened up a discussion about racial discrimination.

These discussions, and the coverage of the issue by the Uproar in several articles, led to the launch of an investigation. The investigation team reached out to current and former students, staff, and faculty members about the allegations. The results of the investigation has revealed that the theatre department has a shortage of diverse staff members that are of the minority.

The university will continue to address issues of race, discrimination, and prejudice in the department as the investigation continues.