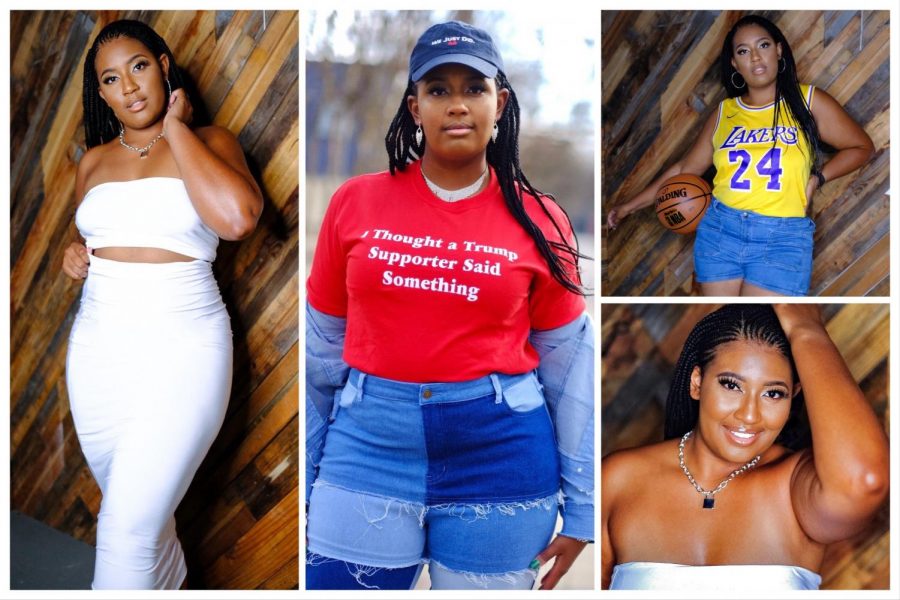 In December, I had the impression that TikTok was just a silly app where people post videos of themselves attempting trendy dances. It was until I came across a hip-hop remix of “Said Sum” by Moneybagg Yo that highlighted the importance of the Georgia senate run-off election that I realized the app had the potential to educate and promote important causes.

Kalin Tate, whose stage name is Kalin Desiraye, is the mind behind an array of political hip hop remixes that seek to encourage voting in Georgia and criticize the GOP, which has been the main force behind recent voting restrictions in the state.

“There was a lot of hype surrounding [the Georgia Senate run-off],” said Tate in a Zoom interview with The Uproar. “I didn’t realize how much attention was on Georgia really until I was on TikTok. People were saying Georgia can’t do anything right in sports, but they might do something right in politics.”

While Tate was in her car eating lunch one afternoon, she heard the song “Thick” by DJ Chose, featuring Beat King. The song was a catchy tune to Tate’s ears, and after relistening to it multiple times, she realized she could change the lyrics around to make the chorus say “we vote” instead of the original “she thick.”

Eventually, Tate was able to compose a full remix of the song, which received over 54,000 views on TikTok.

When asked about the musical inspiration behind her popular remixes, Tate credited artists such as Queen Latifa, Megan Thee Stallion, and other female rappers. She said that a lot of Queen Latifa’s songs tried to make a statement about seeing who women are as a person. Tate sees physical similarities between herself and Megan Thee Stallion, and thinks the artist tries to use her platform for good.

Tate noted that one of the main challenges of being a content creator on TikTok was maintaining an audience. While Tate’s remixes usually receive positive attention, some viewers leave impolite or malicious comments. During May, Tate also struggled with the death of her grandmother and found it difficult to take a step back from her work.

“Singing is actually my first love,” said Tate. “I’ve been singing ever since I was a kid. I didn’t really get into rapping until I moved to New York last September.”

While in New York, Tate realized she wanted to have a “side hustle,” and wanted to figure a way she could incorporate her singing talents and love for hip hop into that. Tate found a studio in the Bronx to record, but eventually returned to Columbus and had to make an at-home studio.

“Being in New York taught me that you never know who you could run into and you never know what type of experiences you can have with someone,” said Tate. “You just never know who can do what, what connections are, where, and I think that’s why a lot of the greats come out of there.”

Despite her time in New York, Tate does not shy away from the fact that she was born and raised in Columbus, GA. In fact, many of her videos and lyrics contain direct references to the city.

As a Shaw High School alumna, Tate said she always thinks about how she can invest in the magnet program that taught her everything she knows about video editing and journalism.

“One of my dreams is to come back [to Columbus] and sell out the Civic Center. I would love to…give back to the city that made me,” she concluded.