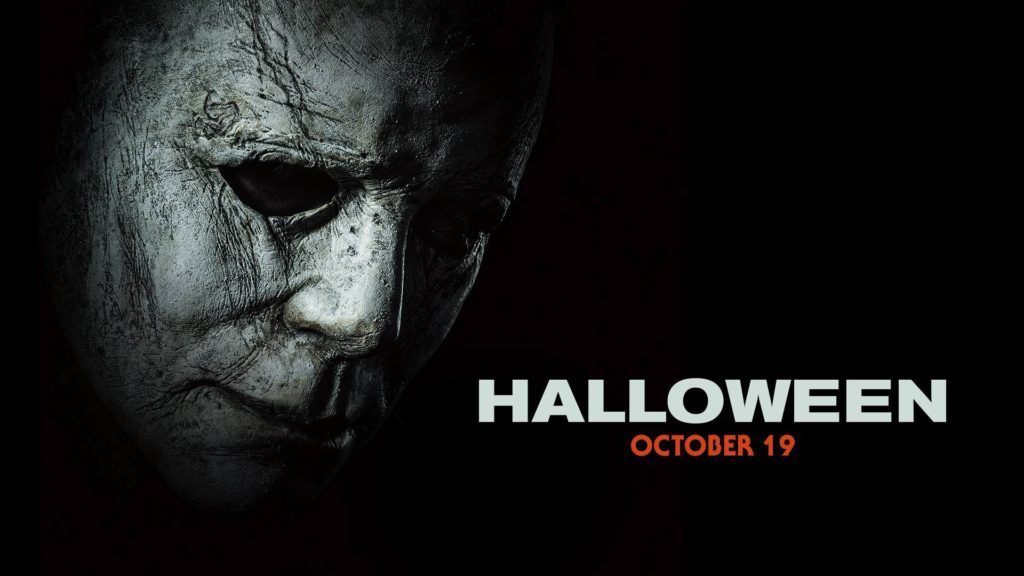 “Halloween” marked a change for horror films on the whole which slashers would attempt to replicate for years to come. That’s not just limited to other franchises. “Halloween’s” assorted sequels and reboots were imitations that could not quite live up to the original. I’m pleased to say that while “Halloween” 2018 doesn’t reinvent the wheel, it does strengthen it.

Forty years have passed since Laurie Strode (Jamie Lee Curtis) first survived Michael Meyers’ (James Jude Courtney and Nick Castle) massacre, and this chapter removes all others from the equation in favor of a simple return to form. In this iteration, Michael has spent forty years at Smiths Grove, an insane asylum, and has not said a word. Laurie is estranged from her family and prefers living out in the woods with various security measures in place for the day when Michael may escape.

Of course, he does, and very early on, we see that this newest film from David Gordon Green is not afraid to be brutal and funny in equal measures. At least one death received a distinctive gasp from the audience I was part of because it was rare ground for a slasher. Some characters are usually off-limits to a killer’s rampage, and this is before Michael even returned to Haddonfield for the annual holiday.

A little more time could’ve been spent between the two nights the film focuses on, but perhaps I just wanted more of what we were already getting. There are a few subplots that don’t have much room in the film’s hour and forty minutes run time, but they give us just enough to work with while keeping things simple. There’s plenty of throwbacks for fans of the original thrown in by the writers but with a little leg room to do something different.

On a technical note, the film succeeds with some smart editing and extremely long takes, the most frightening of which finds Michael calmly walking from house to house and upgrading weapons as he wreaks havoc on random civilians. Despite his connection to Laurie, Green and co-writers recognize that what makes Michael scary is that we don’t always know whom he’ll target next.

Jamie Lee Curtis commands the screen as Laurie, being tight-lipped with podcasters, stoic in protecting her family, and also quite frantic as a PTSD survivor. Her daughter (Judy Greer) doesn’t want her help after the paranoia she endured as a child. Meanwhile, Laurie’s granddaughter, Alison (Andi Matichak) wants to understand the views of both women while enjoying the holiday like a normal teenager. But when it’s time for survivors to face “The Shape,” it’s the ladies leading the way. All around, the performances are well done, and some credit should definitely go to Nick Castle and James Jude Courtney, the pair bringing Michael to terrible life. There is room left for a sequel, but if the franchise is to end, this is a good stopping point and worth seeing on a big screen.