Former Georgia governor, Sonny Perdue, has been named as the sole finalist for chancellor of the University System of Georgia. Here’s why he shouldn’t be. 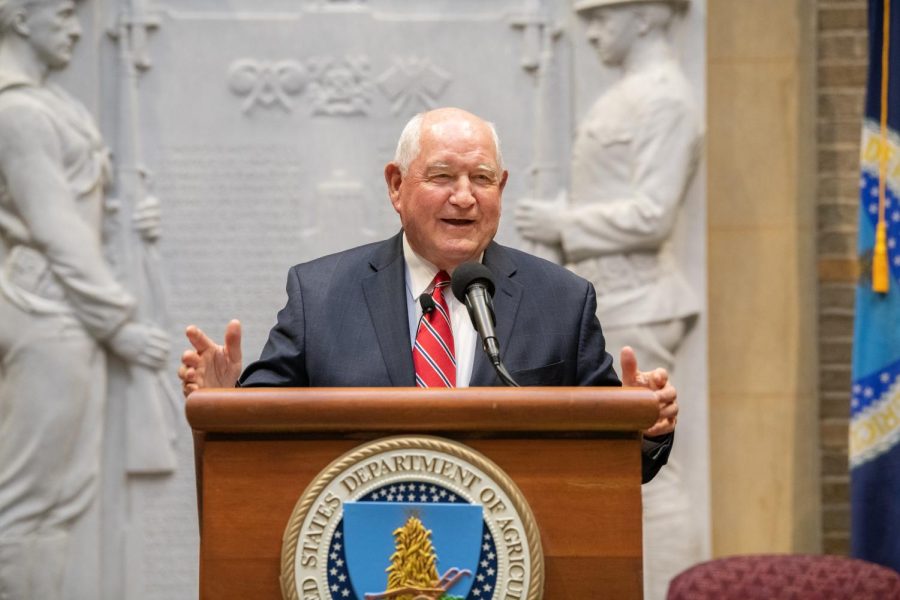 Keeping up their streak of questionable decisions, the Board of Regents of the University System of Georgia announced that they selected Sonny Perdue as the finalist for its chancellor position. Perdue was a former Georgia governor from 2003 to 2011 and U.S. Secretary of Agriculture under former President Donald Trump. BORUSG voted unanimously to approve Perdue as the finalist, and they will finalize the nomination within 14 days.

“I consider being named the finalist as the Chancellor of the University System of Georgia to be a wonderful capstone to a career of public service,” said Perdue in a public statement. “Education is the most important issue at the federal, state and local level.”

“Higher education is where I wanted to have a real impact as governor, only to be stymied by twin recessions. It is what I benefited from as Agriculture Secretary, where I saw daily the benefits of university research,” continued Perdue. “I want to make a difference by providing leadership and resources so that faculty can thrive in their teaching, research and service and students are inspired and supported so they graduate, find rewarding careers and become productive citizens. I am honored to be considered for such an important role.”

Current Georgia governor Brian Kemp released a statement congratulating Perdue, saying that the nominee was “exceedingly qualified for the position.” He expressed confidence that Perdue’s years in government office would allow him to succeed as chancellor.

It’s true, Perdue does have much experience in public service. Aside from his time as governor and Secretary of Agriculture, Perdue has also served as chair of the Senate Higher Education Committee, during his time in the Georgia General Assembly. Or at least that’s what Board Chair Harold Reynolds had to say about the man he considered an “ideal candidate.”

Perdue is far from the ideal candidate, as many USG faculty and staff members have pointed out.

Matthew Boedy, associate rhetoric professor at the University of North Georgia and President of the Georgia Conference of the American Association of University Professors tweeted that Perdue “has no academic credentials whatsoever.” While he recognized the former governor’s executive experience, he noted that none of it was on campus.

“Sonny Perdue doesn’t have any experience in higher education leadership or administration,” said Schwartz. “I value expertise, and he lacks it. Also, the selection was overly politicized, and the Georgia constitution and our accreditor’s standards require that the USG be shielded from pure partisan politics.”

“I grew up under @SonnyPerdue as governor,” said one Twitter user named Christian Russell. “The only experience he has in education is defunding it. Starting with him, GA has 2 decades of defunding public education. USG strong armed staff/faculty feedback, had zero transparency or public hearings”

Students across USG campuses have also been protesting Perdue for USG chair. A union-backed coalition of Georgia students called “Students Against Sonny” has been one of the most vocal student organizations concerning Perdue’s imminent appointment.

Students Against Sonny created a change.org petition opposing the election of Perdue, which has gained over 1,500 signatures at the time of publication. The supporters of the petition haven’t held back any punches.

“Tired of conservative politicians suppressing funds and equal education to black schools. No more of this,” said one supporter named Tiffany Brown.

“How does a former Secretary of Agriculture qualify to be in charge of education? When he was governor, I can tell you he was no friend to teachers,” said another supporter named Emily Robinson. “Also, I’m tired of old white men being in charge of stuff.”

All very reasonable criticisms were founded.

One of Perdue’s major platforms when running for the 2002 governorship was allowing Georgians to change the state flag.

Georgia’s state flag has had a long history of including Confederate imagery since 1879. From 1879 to 1956, the Georgia flag was a slightly modified version of the First National Flag of the Confederacy. In 1956, some Georgia politicians suggested incorporating the Confederate Battle Flag into the state flag; the new design was eventually adopted in the midst of the Civil Rights Era. At the time, Georgia legislation was devoted to passing laws “that would preserve segregation and white supremacy in Georgia.”

Finally, in 2001, Governor Roy Barnes replaced the flag with another new design created by Cecil Alexander Jr. It was not a good design. While it did remove most of the major Confederate imagery, it included some of Georgia’s previous flags in a small banner at the bottom—including the extremely controversial 1956 one—under the words “Georgia’s History.”

When Perdue was elected in 2002, he authorized the state to create a new flag in 2003. The new, new design was practically the First National Flag of the Confederacy, but with the state seal slapped on the top left corner, nestled among the circle of 13 white stars.

In 2006, Perdue declared April as Confederate History Month in Georgia. However, this wasn’t the end of his racist policies.

During Perdue’s gubernatorialship, he played a major role in underfunding historically Black colleges in Georgia. In 2010, the Georgia NAACP sued the state for this threat against the survival of these universities , and Perdue was a defendant in the lawsuit that took place in federal court.

He vetoed bills that would expand and protect the HOPE scholarship, especially during 2007. The HOPE Scholarship is a merit-based award available to Georgia residents who maintain a 3.0 GPA.

One of the bills, HB 363,  would have qualified Georgia military colleges to receive HOPE scholarship funding. The other bill was HB 229, which aimed to delay potential cuts to the HOPE scholarship fund. At the time, the cuts could take place if financial reserves fell by even $1 within the year.

This is just the beginning of Sonny Perdue’s unscrupulous political decisions. But so little shows so much. Should a man—who has constantly instituted racist, anti-education policies—be the chancellor of Georgia’s public university system? I think not.