How the Covid crisis could cause an uptick in holiday blues 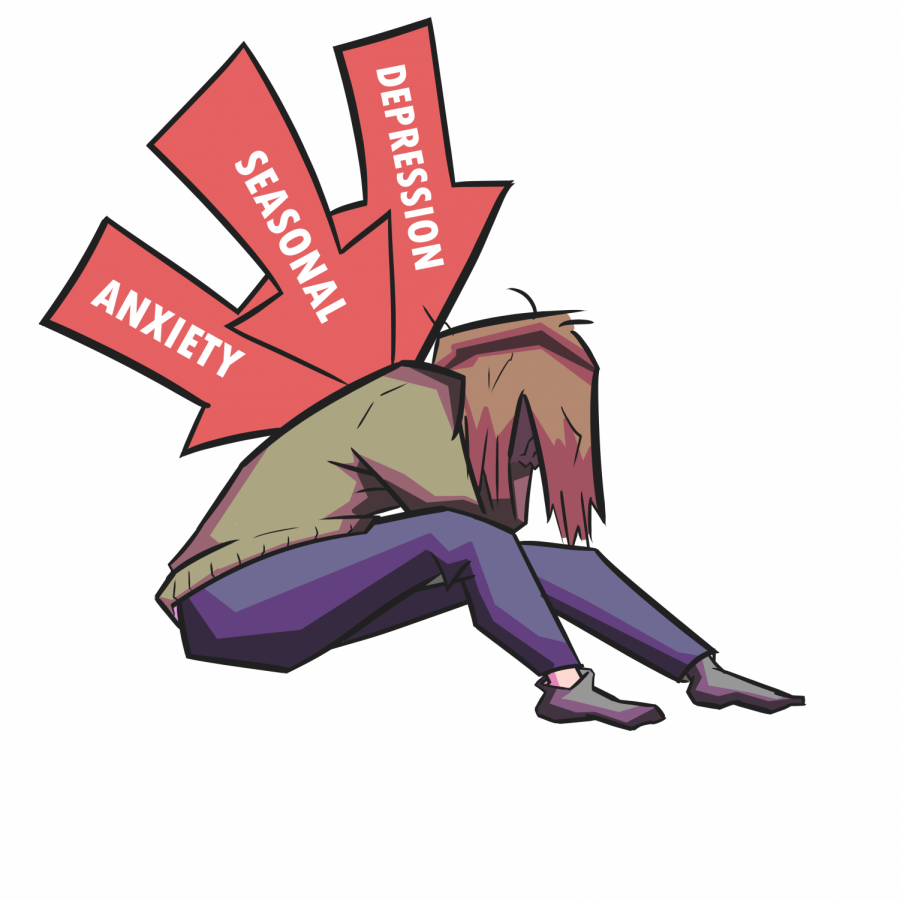 This article originally appeared in the November 2020 issue of The Saber.

In an average year, approximately 5% of Americans experience Seasonal Affective Disorder, according to the American Psychiatric Association. This condition, often called seasonal depression, has a winter variant characterized by an increase in depression symptoms as a result of sparse sunlight, and some believe it may be on the rise this year because of the COVID-19 pandemic.

Isolation and stress are two main inciters for SAD symptoms, and both are greatly increased by new social requirements. Beginning April 23, the Household Pulse Survey explores the socioeconomic impact of coronavirus by questioning its effect on education, employment, food security, housing and more. The U.S Census Bureau is the designated agency conducting the survey in collaboration with the National Center for Health Statistics, the Economic Research Service, the National Center for Education Statistics and other such organizations.

Because a larger amount of people may be alone this winter, HPS statistics have been used to examine the possibility of an even greater increase in depression this season.

According to a study published in JAMA Network Open, after the start of the pandemic, three times as many Americans showed enough depression symptoms for a probable diagnosis. Those most likely to suffer were those struggling with job loss, financial distress or the loss of a loved one.

Those with less than $5,000 in savings were 50% more likely to see an increase in depression symptoms than those with more financial security. This point can be transferred to the college demographic as, according to CNBC, only 5% percent of Americans aged eighteen through twenty-four have over $5,000 in their savings.

The Journal of Adolescent Health analyzed HPS data from the month of June. This dataset contained nearly 5,000 participants between the ages 18 and 26. 59% of surveyors experienced direct or household job loss, while 38% felt they might experience direct or household job loss in the near future. One possible explanation may be that “young adults often work in industries most adversely affected by lockdowns and are not amenable to remote, work-from-home arrangements.”

This entire demographic saw an increase in symptoms of anxiety and depression. The additional possibility of seasonal symptoms could exacerbate mental health issues they may already be facing.

However, the HPS contains only a subset of adapted questions from industry recognized questionnaires and therefore, must not be taken for true diagnoses. Secondly, the survey did not ask about participants’ pre-existing mental health symptoms.

Nonetheless, the Journal of Adolescent Health believes that prior studies have produced enough results on the connection between job insecurity and mental health that added variables should not affect that connection. The third phase of the Household Pulse Survey is set to end on December 21.

Some ways to cope with seasonal depression are to expose yourself to the sunlight near windows, wake up early, exercise, meditate, and establish an activity routine sooner rather than later in order to combat the lack of motivation as the cold sets in.

For treatment, counseling, and therapy students can contact the Counseling Center at CSU, which is still accessible in spite of the pandemic.